Today’s 180 blog post may be of interest to Action-Reaction readers. 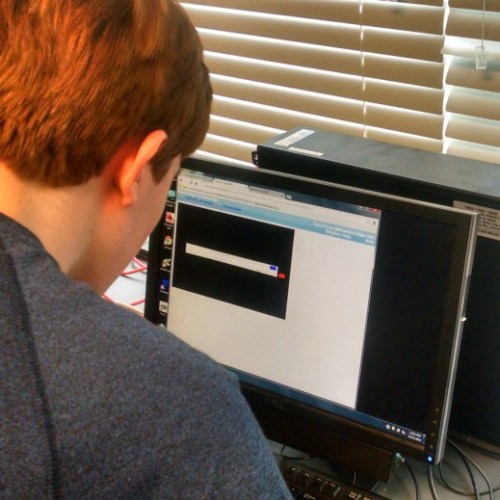 College-Prep Physics: I’ve been coding with my AP Physics classes for years. But in honor of this week’s Hour of Code, I tried VPython programming for the first time with my College-Prep class. We used the GlowScript version of VPython, which can now run regular VPython code inside a browser. Nothing to install!

Why are we coding in physics class?

I asked the students if they had ever seen the first Toy Story movie:

Realistic motion is often too complicated for animators to do by hand, says Michael Kass, a researcher at Pixar Animation Studios. “The results can be awful and very expensive.” He points to the original 1995 Toy Story and notes that “if you see a wrinkle in clothing, it’s because an animator decided to put in a wrinkle at that point in time. After that we [at Pixar] decided to do a short film to try out a physically based clothing simulation.”

This entry was posted in Uncategorized. Bookmark the permalink.